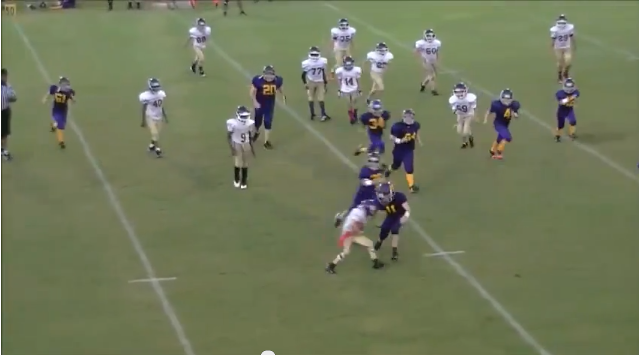 From YouTube via CNN: Alabama PeeWee Fottball player, John David Taylor puts the hit on during a recent game. Except he’s the QB and he runs over a defender and then shows some nifty footwork. So before we catch flak for promoting excessive contact in sports, know that we at AMFAN are all about concussion awareness and show this play because it was a heck of an effort.