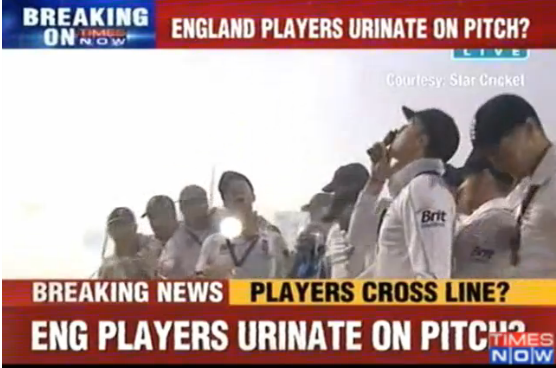 Apparently the United States does not own the market on poor sportsmanship… Media reports say that United Kingdom Cricketers crossed the line by urinating on the oval pitch after winning the Ashes. Beating Australia was such a big victory that the team celebrated late into the night and it became necessary for several players to “relieve” themselves right there…on the pitch…while other team mates cheered them on.

See the coverage from The Times of India here.